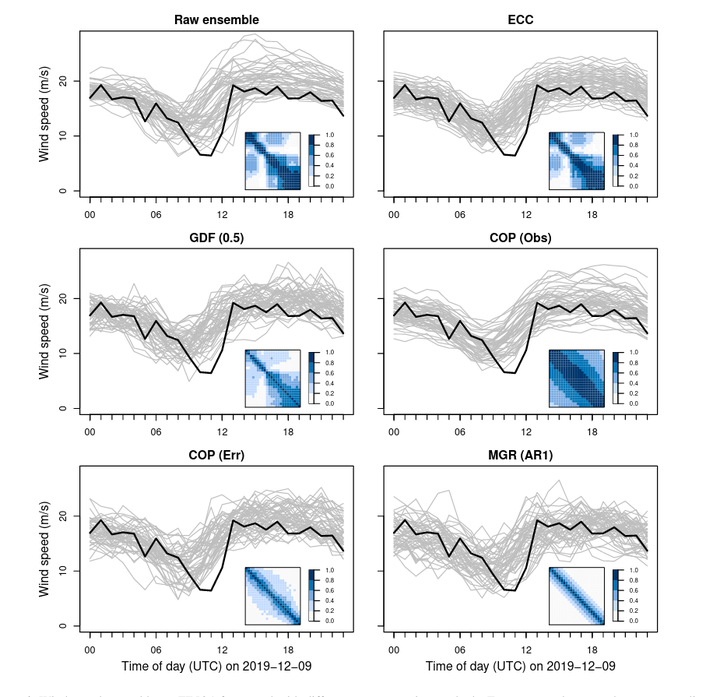 Power ramps are sudden changes in turbine power and must be accurately predicted to minimize costly imbalances in the electrical grid. Doing so requires reliable wind speed forecasts, which can be obtained from ensembles of physical numerical weather prediction (NWP) models through statistical postprocessing. Since the probability of a ramp event depends jointly on the wind speed distributions forecasted at multiple future times, these postprocessing methods must not only correct each individual forecast but also estimate the temporal dependencies among them. Typically though, crucial dependencies are adopted directly from the raw ensemble and the postprocessed forecast is limited to the tens of members computationally feasible for an NWP model.

We extend statistical postprocessing to include temporal dependencies using novel multivariate Gaussian regression models that forecast 24-dimensional distributions of next-day hourly wind speeds at three offshore wind farms. The continuous joint distribution forecast is postprocessed from an NWP ensemble using flexible generalized additive models for the components of its mean vector μ and for parameters defining the forecast error covariance matrix Σ. Modeling these parameters on predictors which characterize the empirical joint distribution of the NWP ensemble allows forecasts for each hour and their temporal dependencies to be adjusted in one step. Wind speed ensembles of any size can be simulated from the postprocessed joint distribution and transformed into power for computing high-resolution ramp predictions that outperform state-of-the-art reference methods. 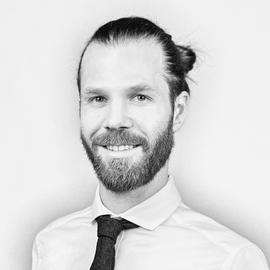